Arabela Carreras, Governor of Río Negro, analyzed that "the production of green hydrogen in Río Negro is presented as an opportunity for development, transformation of the world and improvement for our communities" in the presence of world leaders and representatives of all the countries that promote the acceleration of energy reconversion.

Carreras summarized the work developed in the Province in the last two years.Crédito: Government of Río Negro

Experts from all over the world were in the conference auditorium to learn about the province's clean energies, based on the production and use of green hydrogen, in the context of the Global Assembly and Exhibition of Green Hydrogen 2022, in Barcelona, Spain.

Carreras summarized the work that Río Negro has been developing in the last two years, to achieve the incorporation of the province in the world and the corresponding arrival of investments. "We definitely believe that green hydrogen is a great opportunity for development, for the transformation of the world and for the improvement of our communities".

Although she pointed out that, the plan includes a plan to start exporting green hydrogen by 2027, "we also have our attention set on domestic consumption, but for that Argentina needs to adjust its energy matrix".

She also mentioned that the business sector "must understand that Latin America offers an opportunity for development and to provide the world with clean energy, but it makes no sense for our region to be a area of sacrifice so that other regions can enjoy comfort without reducing their energy consumption. This means continuing to contribute to an unequal world".

Carreras emphasized the "special characteristics" that Río Negro has for the generation of clean energies, especially due to its winds and its access to the Atlantic Ocean. "A strategy was designed with the desalination of sea water, to use it later in the production of hydrogen, while with our wind we produce the wind energy necessary to generate the electrolysis," she explained. 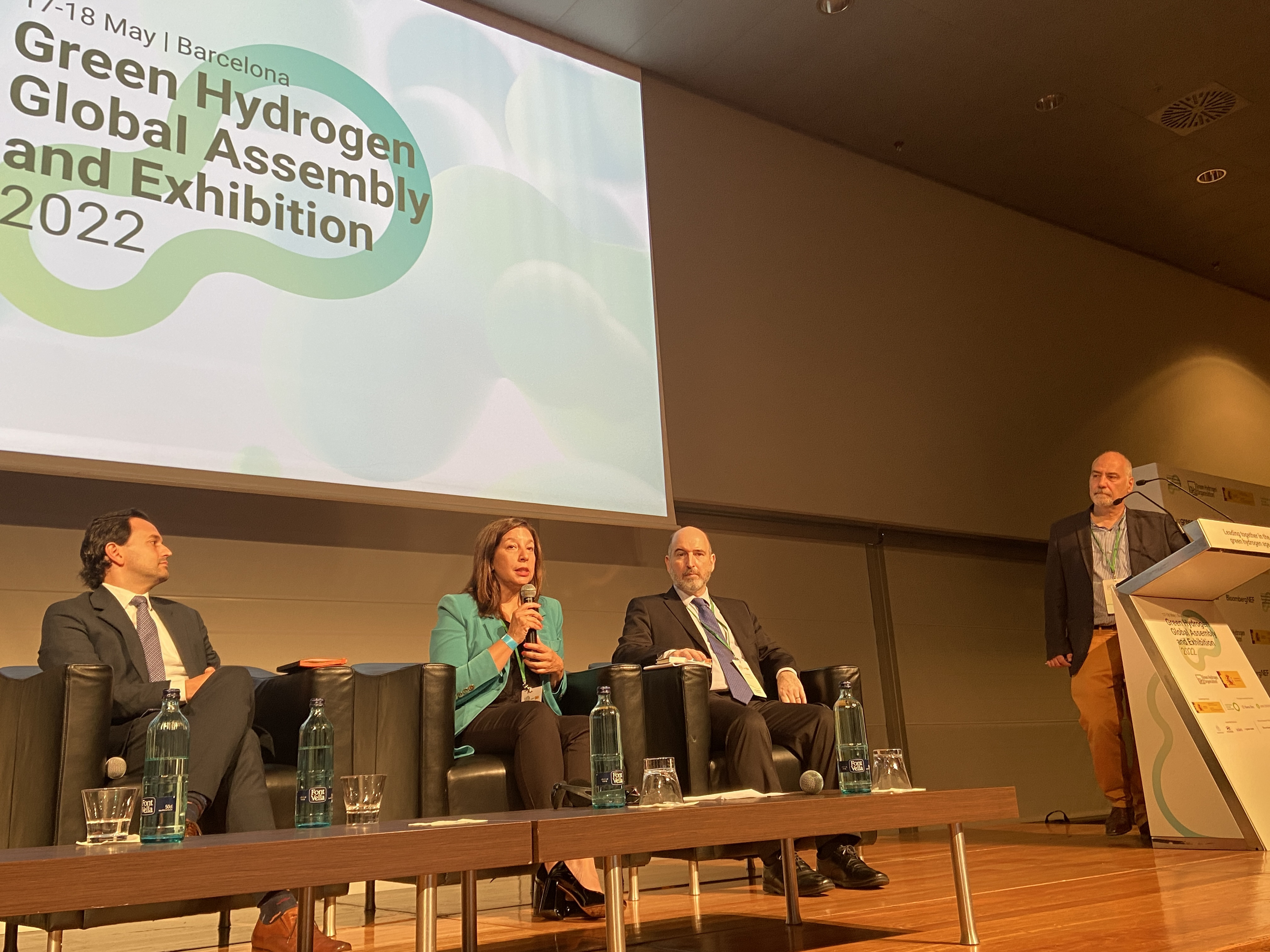 She detailed that the terms of the strategic plan expect to start production in 2025, with an estimated generation of 300,000 tons of green hydrogen by 2030.

Thus, Río Negro actively participated in the meeting that promotes the world energy reconversion and the public and private sectors of the world, businessmen, scientists, specialists, referents and environmental NGOs were informed about technical and fiscal details and the legal and regulatory framework that promotes the Strategic Plan of Río Negro on green hydrogen.

The CEO of H2 Chile, María Paz de la Cruz; the Minister of Mines and Energy of Colombia, Diego Mesa Puyo; the president of H2 Mexico, Israel Hurtado; the head of the Economics of Climate Change Unit of ECLAC, Santiago Lorenzo; the director of Energy Economics and Environment at the Energy Research Company (EPE), Giovani Machado; and the president of the National Electricity Administration (ANDE) in Paraguay, Felix Sosa were at the meeting.